Who are the Hyena Men of Nigeria?

One of the world’s most extraordinary street gangs, this travelling circus uses an intoxicating mix of voodoo and dangerous animals to make a living.
Written by Matthew Sterne
06 April 2021

They call it magic. Protected by potions, charms and amulets, an offbeat urban tribe in Nigeria entertains audiences with daring feats, which they perform with hyenas, poisonous snakes and baboons. Predominantly comprised of Hausa people (one of the largest ethnic groups in West Africa) they move from city to city, gathering large crowds wherever they go. 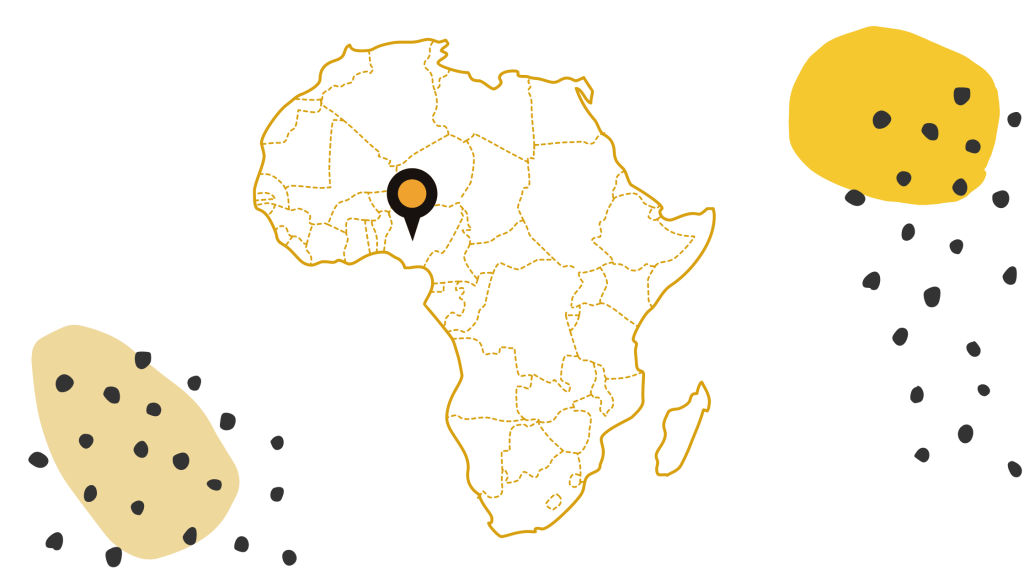 “Seeing them perform is unforgettable,” photographer Pieter Hugo says. “It’s a huge spectacle. They beat drums to draw in the crowds, then take the muzzles off the hyenas. Next, they put their arms and even their heads between the animals’ jaws. The aim is to convince the audience they have special powers, and that the audience can acquire them too – if they buy their potions.”

The men not only stick their heads into the mouths of hyenas, but also ride them like horses. They inch their faces dangerously close to the fangs of the snakes and sometimes stick the snakes’ heads into their mouths. The baboons are dressed in clothes and ordered to perform backflips.

Who are the Hyena Men?

The men are from the rural farmlands of northern Nigeria, where they catch the hyena pups, baboons and snakes in the wild. In one documentary, the camera crew follows them into a cave to steal hyena pups from a den. They then train them and take them to the city to perform in their street circus. It’s said they use ancient magic to bring wild animals under their control. There are also rumours they have supernatural powers and some even believe they’re part hyena.

Also, check out these photos of the annual Benin Voodoo Festival.

The job the Hyena Men do is a tradition handed down to them from their forebears. A custom they too pass down to their children. From a very young age, they give their children concoctions to drink and put them in close quarters with the snakes, baboons and hyenas. This is done to familiarise them with the animals and lose all fear for them.

Regardless of the superstitions surrounding their work, these men are travelling minstrels earning money by performing with animals. Their way of life shines a light on the clash between the urban and the wild, and the controversial relationship that the handlers have with their animals – sometimes loving, sometimes brutal and cruel. When questioned if what they do is morally acceptable, they defend their way of life. These animals, they say, are their only means of survival.

Global animal charities have long campaigned against the capture and training of wild animals, pleading to countries to introduce laws to stop performances and asking tourists not to fuel the trade by giving money. The crowds the Hyena Men draw are mostly locals, however. Yet they too are facing increasing pressure regarding their customs. In quiet moments between their performances, captured in the few documentaries on them, it seems they know their way of life could not continue for much longer.

The Hyena Men earned worldwide recognition when the South African photographer Pieter Hugo published a compilation of photos titled The Hyena & Other Men (2007). The book featured the Hyena Men in various poses with the animals: standing, squatting, staring intently at the camera. It’s regarded as Hugo’s most celebrated work.

He first learned of the Hyena Men through an email from a friend. “It was doing the rounds on the net – some guys on the street in Nigeria that looked like debt collectors. As soon as I saw it I knew I was going to go and photograph them,” he writes in his book. “The first time I met them they were staying in this shantytown. I was apprehensive and didn’t know what to expect. It was stranger for them, seeing me, than it was for me, seeing a group of men with hyenas and rock pythons and baboons.

“We smoked some weed to break the ice. It turned out they weren’t debt collectors – they were more like town criers, traditional storytellers who performed in the streets and sold potions after their shows. It reminded me of stories I’d read about eastern European circus troupes in the 1930s – except instead of bears, these guys had hyenas, baboons and pythons.

“At first I tried photographing the street shows, but there was just too much going on. Then I realised that the relationship between man and beast was more interesting than all the fireworks of the performance. There was something very strange going on between the guys and the hyenas, bordering on sadomasochism. These animals had been taken out of the wild as pups. They couldn’t return. They were entirely dependent on these guys for food. And these men were dependent on the animals for their livelihoods. They needed each other, but it wasn’t an easy symbiosis.

“I never saw the hyenas do anything aggressive but.the baboons were a different ball game. I felt really sorry for them because they displayed human-like emotions.” The baboons were, “almost self-conscious in a way, and it was very sad to see them in that environment, chained up. They would be much more rebellious and naughty than the hyenas and the guys would be quite severe with them, and that actually bothered me much more than the hyenas which were happy as long as they got fed. Their needs just seemed much simpler than those of the baboons.”