Angola implemented a more welcoming visa policy in 2020 to position itself as a new-frontier travel destination. A year later, we’re curious – where does this rising tourism star stand now?
Written by Melanie van Zyl
25 March 2021

I’ve only ever known Angola in relation to Botswana. As the feeder to one of the world’s most celebrated wilderness areas. As the little-visited, expensive and scarred sibling to Southern Africa. So, when I had the opportunity to travel to Luanda in March last year (a hot minute before aeroplanes across the globe grounded and a pandemic advanced across the planet) I followed the water. 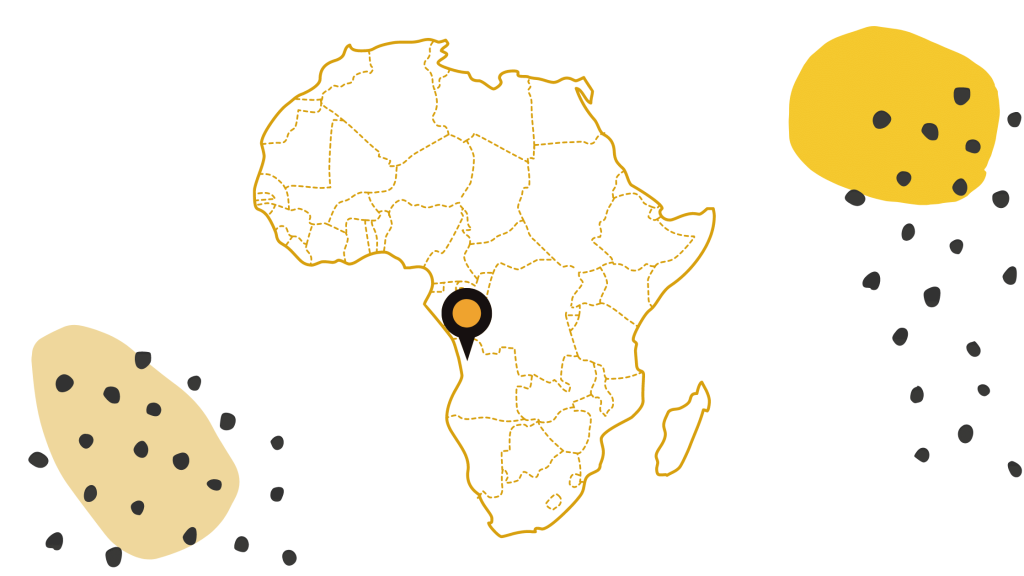 Landing in the capital, João Garcia from Pure and Authentic Tourism met me at the airport. After a quick espresso, standing at the cafeteria counter (“The Angolan way”, enthused João), we launched straight into a sightseeing tour. “We have architecture from Cubans, Russians and, of course, the Portuguese. There is a crazy mix of influences here, and it’s amazing”, João said as we drove towards the industrial port and my first glimpse of the Atlantic Ocean. It’s just a smidgen of Angola’s coastline, which runs 1650 kilometres down the west coast of Africa. “These skyscrapers rose roughly ten years ago”, João continued. “They call this city Little Dubai”.

Also read: 12 Enthralling African destinations to add to your wander-list for 2021

From the viewing deck at the Saint Michael Fortress or Fortaleza de São Miguel the city unfolds in all its contradictions. Fringed by a picturesque palm-lined promenade (commonly called The Marginal or Avenida 4 de Fevereiro), Luanda’s bay waters were packed with paddlers, chugging industrial boats and leaner parking lots of yachts. The jagged glass buildings gleamed in the sharp sunshine and dwarfed the incongruous colonial structures, such as the iconic blush-pink National Bank of Angola.

According to another monetary institution, the World Bank, the oil industry supplies one-third of the GDP and over 90% of Angola’s exports. Even though it shed the title in 2017, Luanda remains notorious as the most expensive city in the world (as indexed by the Mercer annual cost-of-living survey). For decades, the city’s hotels, eateries and activities predominantly catered to the business industry.

Many travellers are still of the assumption that Angola is oil and water-rich, but war-torn and risky. A complex civil war (which collectively involved Portugal, South Africa, Congo, Namibia, Cuba, Russia and America) plagued Angola for thirty brutal years, ending in 2002.

Like oil and water, war and tourism have the natural tendency to dissociate. Fortunately, the first new president in 38 years, João Lourenço, relaxed visa requirements to diversify the mono-economy and aimed to build tourism – before COVID-19.

Ticking off Luanda’s top stops was hungry work, and we worked up an appetite. “I wanted to take you to this cool seaside spot”, said João, “but lets rather try a local place for lunch. The fish there is just amazing!” Initially designed for 500,000 residents, Angola’s vibrant capital is now home to ten times that and encircled by slums that are hard to overlook. João drives us to one such area, the Chicala neighbourhood, down an uneven dirt road lined with food stalls. Each eatery boasted tables arranged with love: technicoloured clothes, sprightly napkins folded with flare and plastic counters. By contrast, Bela Mar Casa do Peixe boasts mediocre decor, but practically every seat is taken – a testament to the accomplished cuisine.

João selected a fresh fish from polystyrene coolboxes on display, which later lands on our table as mufete. A traditional grilled dish, the fish is served with beans in palm oil, crunchy cassava sprinkles, sweet potato, plantains and onion salsa. A meal best washed down with a glass of local Cuca beer.

Home for the evening was the nearby Ilha do Cabo, an eight-kilometre stretch of beach famed for feet-in-the-sand restaurants and exuberant nightclubs. Come dawn though, the shore is sharp with fisherman detangling nets, launching boats and fitness fiends jogging beside the waves, stopping every so often to pump out a set of squats.

What else is there to see from Angola’s Luanda?

Sticking to the shoreline and relishing the glorious sea view, I drove south to swap saltwater for fresh and meet one of Angola’s earliest tourism pioneers. Paul Wesson has lived in Angola for 38 years and founded his company, Eco Tur, in 2005. Our destination is the Kwanza River, but we first passed Mussulo. “This was the only place for recreation during the war”, Paul told me. For residents like Wesson, Luanda remained something of a haven (a relative term in war). Millions flocked to the capital for safety during those dangerous times, and the nearby beaches were the only safe, mine-free natural spaces to enjoy.

“The beaches are still popular today. The new president is very pro-tourism and the tourism minister a breath of fresh air”, Wesson said that airy day in March 2020 and shared examples beyond the revised visa system. “Some long weekends have even been lengthened to promote domestic tourism”.

Following a stop at Miradouro da Lua, or the Moon viewpoint, we arrived at Kwanza River Lodge to meet the manager and our soon-to-be skipper, George Diamondis, another old Angolan hand. Established 16 years ago, fishing remains the biggest drawcard for lodge guests, most of which were South African anglers or weekenders from the city. On this particular Wednesday though, it was just me. “Tourism is still fresh here”, Diamondis said as we boarded the boat. “Angola just has such a bad reputation, but it’s safe and beautiful”.

Stretching 960 kilometres the Rio Kwanza is one of Angola’s longest rivers and lends the country’s currency its title. Two hours passed swiftly on the cruise. From the water, we spotted Palm-nut vultures and Blue monkeys snacking between palms fronds. Ospreys and Fish eagles soar above the mangroves, and I kept eyes peeled for any crocodile peepers poking through the coffee-coloured water.

Is there any wildlife left in Angola?

After lunch, I continued to admire Angola’s wild inhabitants at Kissama National Park. Set between two rivers and the sea, this is Angola’s most accessible and best-stocked wildlife destination. Wesson steered us through the park East Africa style in his signature yellow, open-top four-wheel drive Landcruiser. A necessity, given the recent rains and washed-away roads.

Outside my window, the ochre-orange roads complement verdant emerald plains. These are embellished with Euphorbia species that better belong in a Dr Seuss book and plump baobabs bearing oblong fruit. There were also journeys of giraffe, elephant evidence in the form of dung, handsome kudu and wildebeest too. Exiting the park, Wesson pointed to the gate, emblazoned with the park insignia saying, “the Forest buffalo is Kissama’s icon, but sadly we don’t see them anymore”. Angola’s wild spaces sure took a beating.

Nevertheless, there was optimism. In 2002, Operation Noah’s Ark revived a barren Kissama. Elephants were flown in from South Africa, and a year later, zebras, ostriches, wildebeests and giraffe joined the growing herds. As of January 2020, the distinguished African Parks organisation now shares management of Iona National Park in the Namib desert. It’s an encouraging move for one of Africa’s most biodiverse countries. In the south, where some of the fiercest fightings took place, the Halo Trust is also clearing landmines to resettle both people, pachyderms and lasting peace.

My last hydrous hop was to Cabo Ledo, 120 kilometres south of Luanda. Carpe Diem Resort sits in the middle of the gorgeous bay, flanked by traditional fishing villages. This region is best known for its radical waves drawing surfers in search of isolated beach bliss. However, on this balmy autumn morning, the warm waters are calm, more lagoon-like.

It turns out surfing season only began in May and I couldn’t help but compare Cabo Ledo to enterprising Angola. A striking setting enjoying a time of tranquillity, but ready to surf the hopeful new surge.

Can I travel to Angola right now?

João Garcia started Pure and Authentic Tourism in 2016, entering the brave new world of tourism in the country. “We are very young in the tourism industry. Angola still has a long way to go, but we have much potential”. João told me back in Luanda, pausing our tour to grab us cold bottles of water. Vendors, mostly women known as zungueira, walked the city balancing buckets atop their heads. They peddled everything from fresh bread loaves and tropical fruit to frozen lollies and iced water for commuters. Or tourists like me. Shoeshine boys dot the kerbs too, perching in the shadows of crumbling buildings topped in terracotta tiles – scraps of Portuguese colonial history.

A year after our trip, I touched base with João in March 2021. How are things in Angola right now?

“I think in terms of dealing with the whole pandemic as a whole, Angola started to do a great job”, João emailed me. “The police was mainly outside and ensuring people were wearing masks. Now, it’s not so much focused on that anymore. People need to go out to have something to eat. People mostly make their money on the streets”.

“The borders are open, but any incoming person needs to be quarantined for about 14 days. This means your trip would be ruined if you have a short stay”, he replied on email.”The tourist visas are a bit harder and there’s a different procedure during these times. So this will also tell you how sensitive the whole situation is worldwide and Angola is fighting against all odds”.

The Africa Report concurs with its published update from January 2021. “In 2020, Angola – the continent’s second-largest oil producer after Nigeria – recorded its fifth consecutive year of recession (-4%). As a result, inflation soars (21% in 2020), national currency devalues unemployment jumps (officially to 34%) and public debt increases (to 123% of GDP by the end of 2020)”.

João’s email continued. “Did you hear about the oil fund at the Okavango Delta region? Now they are planning on exploring that… The important thing on this COVID-19 issue was to keep my workers safe and with a certain job guarantee. That was at the beginning of this whole pandemic. Now, I am trying to keep myself out safe and not to lose everything I had ever built up. We have lots of requests, but things are still not that easy. We have suspended all the services for this whole year.”

He signs off with optimism. “I hope you’re doing great. I would like to invite you once again to come to Angola when things get normal again”.

And I would so love to return.

It might seem daunting, but there’s so much to see in Angola. Waterfalls, cultural capitals, new-frontier surfing hotspots, winding mountain passes, broad rivers and pockets of restoration. Let’s help you get there.