In a country dominated by the Kalahari Desert, the very different Okavango Delta has long captivated travellers to Botswana. We discover this watery world via one of its oldest traditions: riding aboard a mokoro canoe.
Written by Melanie van Zyl
22 February 2021

In most parts of Africa, safari is undertaken by a rumbling 4WD game drive vehicle. When exploring Botswana’s Okavango Delta, however, the vehicle of choice is the mokoro – the local Setswana word for a traditional canoe. The area’s first human inhabitants traversed the wild waterways of the delta using this kind of vessel and, today, visitors can still do the same. 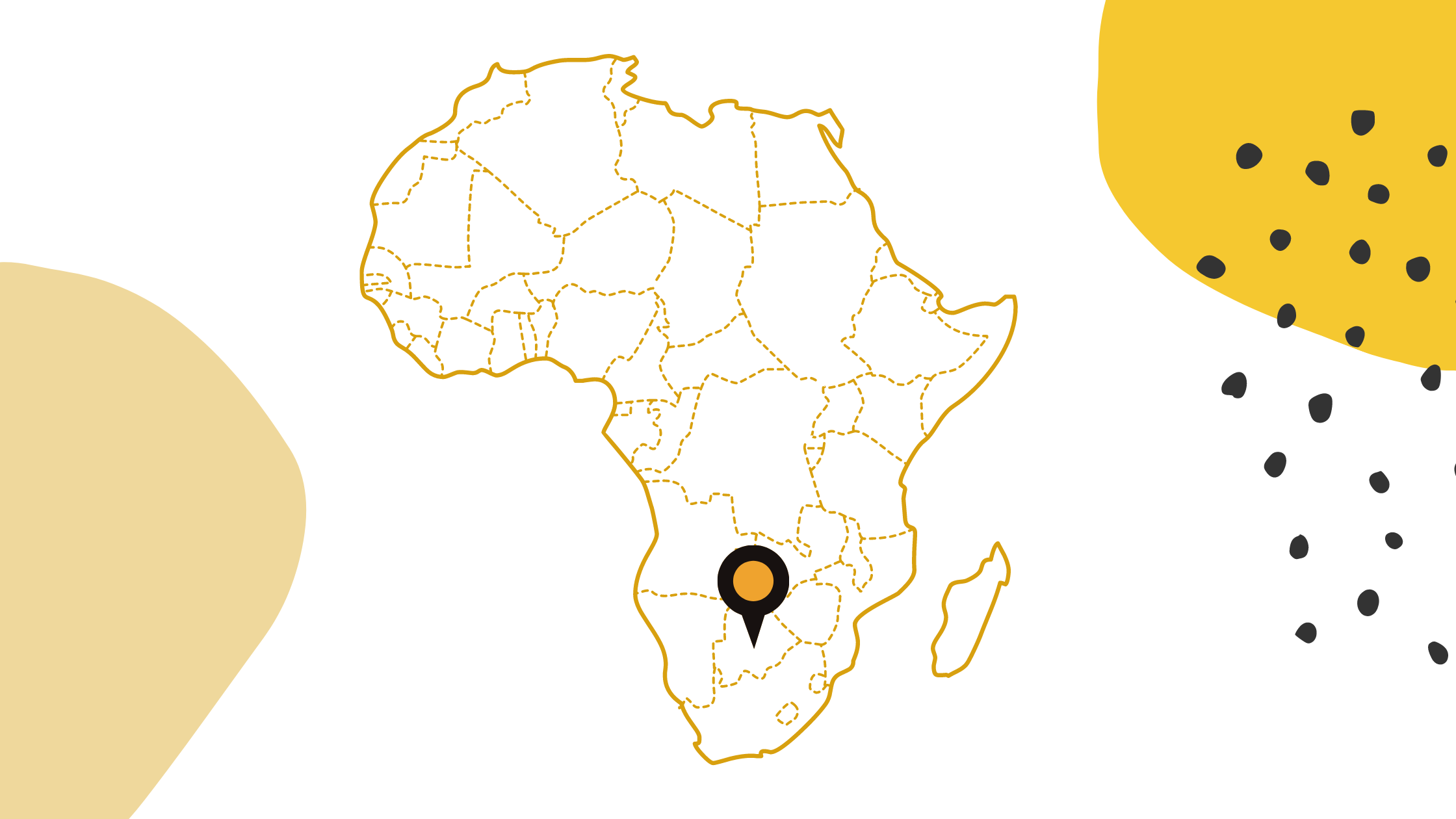 Tshepang Mikell Mogomotsi – known as “Mike” – is well-versed in this ancient art. Originally from Jao, a village in the heart of the Okavango Delta, he has poled since he was just 10 years old. Mike is my “Delta Decoder” and guide at Kwando Safaris Pom Pom Camp, an eco-friendly lodge west of the Moremi Game Reserve in the Okavango.

What makes a motorless mokoro ride so special?

As has been done for centuries, Mike and I follow a path through the waterway cleared by herbivore hippos and hungry elephants. I sit at water level, centimetres from the surface, while he stands tall behind me. Legs slightly apart to balance the vessel, he moves us through the water using a long pole, called the nkashi.

The inscribed UNESCO World Heritage Site of the Okavango Delta encompasses an area of two million hectares, with a further buffer zone of another two million. The beauty of mekoro (plural for mokoro) is how they provide access to otherwise unreachable swamplands.

Without the disturbance of a noisy boat motor, the wilderness gains a potent edge. Mike sends the nkashi deep into the stream with a plop while water laps against the hull in a meditative rhythm, slap-slap-slap. We float past small silent crocodiles and catch the heavy har-har-har of hippos calling. Around one tight river bend, we meet them – two pairs of tiny eyes buttoned to the top of coal-coloured heads. Thankfully, Mike knows to stick to the shallows, away from the deep lagoons they tend to favour.

Soon, we hear the splashing of red lechwe and a herd of the aquatic antelope come into sight, crossing right in front of the boat. “The flagship animals of the Delta”, says Mike. “You can only find them in wetlands. They have very short front legs, but they can still jump over two metres high. Before tourism, the mokoro was used for hunting lechwe. Our wooden boats are so silent, we could sneak up on them”.

The mokoro cuts through water like crystal slices glass, and the stream is just as sheer. Following the stems of water-lilies (the roots of which can be boiled into a delicious stew), I can see right to the river floor where Kalahari sand lies streaked in ochre shades. The Okavango Delta is renowned for its aqueous identity, but technically, we’re still in the Kalahari Desert.

In an act of ecological marvel, this otherwise parched region just so happens to host a swamp each year when waters trickle down from Angola; game numbers begin to increase in July and August, and October is the best season for birdwatching, as the heronries are full of nesting birds.

At my next lodge, Moremi Crossing, I meet Amos Disho from Betsa (who has been poling since age 11), a camp that’s frequently surrounded by water.

The past, present and future of mokoro rides

“All our forefathers made mokoro. Sometimes it can take one month, sometimes three, but you can’t rush it. If you make a mistake, it’s very expensive!” Amos says. Traditionally, mekoro are crafted from Jackalberry, Ebony, Mangosteen or Sausage trees, and the broad specimens of a certain age are best.

“First, we dig out the Sausage Tree to expose the long taproot and trim the branches. The wood is light and easy to hollow out. The root under the ground becomes the sharp front point of the boat. Once you’ve carved out the centre, the mokoro has to be soaked in water for about a week”.

Although both Mike and Amos learnt to pole in a wooden dugout canoe, today their time-honoured skills are put to use in a modern fibreglass variety. The eco-friendly boats are just as lovely, and once out on the water, the remarkable wilderness fast outweighs vessel authenticity. Pairs of pied kingfishers trill between papyrus perches, and when scrutinized, Angolan painted reed frogs shelter on the stems too. Then there are the endless beds of water-lilies. Tinged blue, I also spot several birds treading atop the blossom’s saucer-shaped leaves, so they appear to be walking on water. “That is the African jacana. Unlike other animals, the male jacana has to sit on the eggs and takes care of the babies when they hatch”, Mike tells me.

Historically, men poled mokoro and the boats allowed entry to top fishing and hunting areas. “Now women are getting their guiding license too”, Mike says. When women used mokoro, it was not to fish, but to harvest reeds and water-lily bulbs. At most Okavango stays, you’ll find it’s a male guide that takes guests onto the water. However, the Okavango Kopano Mokoro Community Trust (OKMCT) established in Maun has included women in their operations since 1998.

On an overnight camping trip facilitated by Delta Rain, I meet Sophie Kehemetswe and Nora Tsaru, who take us to an island in the Okavango by mokoro. “More women are poling the rivers now than men; there are many women”, Sophie and Nora agree when I ask about the gender split in their community. “It can be difficult to get the guiding license. I studied for a month, which includes a written test and interview. Some old women in the village cannot write,” Sophie says, gently steering us between swishing reeds.

“Being qualified means I can lead walks on islands in the Delta as well. Seeing zebra is my favourite – that is our national animal. Do you know why? The zebra is black and white, reflecting our history. The first president Sir Seretse Khama, a black man, married Ruth Williams, a white woman. The zebra says that all people are welcome in Botswana” she smiles proudly.

Just as on board the humble mokoro.

The Okavango Delta trumps the top of Botswana bucket lists, but it pays to combine a mokoro journey with the arid Kalahari. Find more history at Baines Baobabs and endless space on the Makgadikgadi pans, or venture further south, to find the Black-maned lions of the Central Kalahari.