Kruger Shalati is not only a refreshingly swanky hotel offering, but a stay with upliftment at its heart.
Written by Melanie van Zyl
28 May 2021

Much like the Cecil John Rhodes’ bridge across Batoka Gorge brought tourism to Victoria Falls in Zimbabwe, early train travel to Skukuza highlighted the Kruger National Park’s more leisurely charms. This was not just a place for rugged rangers, but railway romance too. 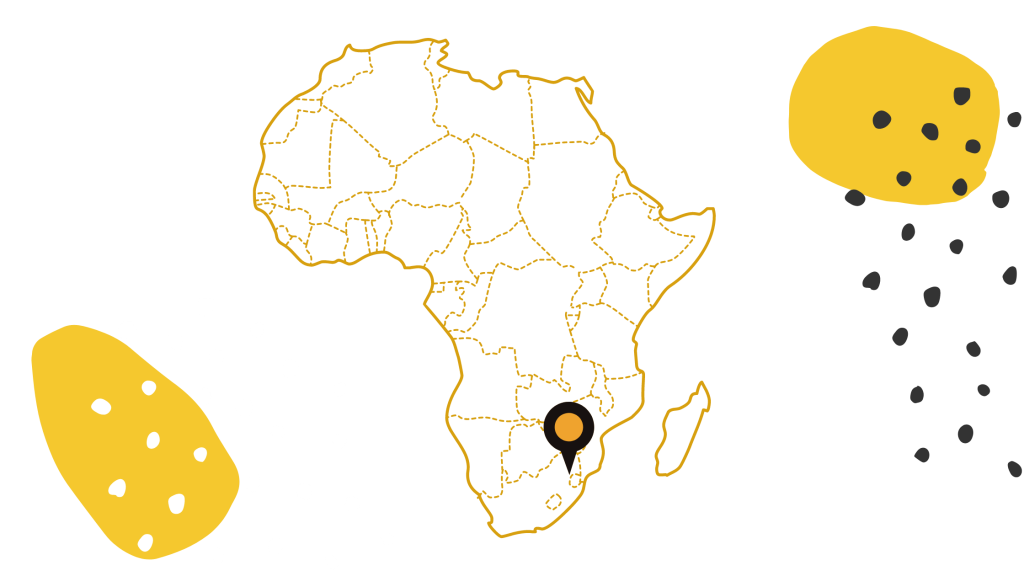 The park was declared a conservation zone in 1920, but initial plans did not include sightseeing facilities. One hundred years ago, it seemed no civilised traveller would want to witness these unruly wilds. Or did they?

Before campgrounds sprung up, a trip by train was the only way to visit this game reserve. Early tourists would spend a night on Selati Bridge as part of a longer nine-day train route that crisscrossed the Transvaal – and boy did it prove popular.

I’d always recalled admiring the old platform from Skukuza Restcamp. More often than not, while licking an ice cream in the clammy Lowveld summer heat outside the popular restaurant. For years, downriver and to my right, the old rust-coloured railway bridge stood angular and empty. Now standing in the same spot, there she is alright. Only now, the century-old Selati Bridge has a purpose again.

The coveted Kruger Shalati hotel sits gleaming in late afternoon sun above glittering (albeit swampy brown due to a recent deluge of rain) waters a stone’s throw from Kruger’s administrative centre. On the outside, thirteen burgundy 1950s-era railway carriages rest atop the overpass, and it may not look like much of an achievement. However, it is truly an incredible engineering feat that delicately balances heritage-site status (the aged limestone turrets could not be touched or damaged) with sound environmental management.

The hotel entrance sits beside the Skukuza Day Visitor area (a short drive around from the main rest camp), where I’m greeted warmly by friendly porters. They whip away the bags, valet the vehicle, and usher me into the Bridge House reception area to sip a welcome drink in a favourably air-conditioned location. While seated in the sophisticated leather-bound lounge, I note a tall photographic portrait by Trevor Stuurman. The ‘hotel on a bridge’ as it’s been dubbed might be deeply rooted in the Kruger National Park’s pioneering history, but it revolts against safari’s khaki colonial trappings.

Once cooled and checked-in, there’s a brief orientation. Meals (conceptualised by Chef Andrew Atkinson of MasterChef fame) are served outside on the shaded deck, game drives depart from receptions, and finally, I’m led to an outrageously panoramic hotel room. We wander down the walkway, pausing to admire elephants splish-splashing, Pied kingfishers hover-diving and hippos harrumphing in their languid pool possies dotted along the Sabie River below. Passing the central lounge carriage where the infinity pool of dreams awaits (along with a sexy high tea to be served later), we press on to suite number 16 of 24, and I step inside the carriage. Time-honoured outsides of this the stationary train belie seriously swish interiors.

The glass-walled chamber (far more spacious than any regular rail suite) delivers sweeping riverine views. Traditional touches, such as maroon-leather headboards, evoke rail romance, further elevated by stylish contemporary African design. Commissioned from rising South African textile talent, Bonolo Chepape, richly-woven custom-designed blankets drape the bed ends, and delicate bathrobes feature the bridges iconic angular arches. There are also bespoke woven screens from Thabisa Mjo that hide unsightly luggage and canvas photographs snapped by the hotel director, embroidered and enhanced by multimedia artist Sakhile Cebekhulu. Mesh metal shelving and custom beaded mirrors give the suites an undeniably industrial edge, but it is elegantly softened by cream linens and plush pillows. The bush-lover in me also relished that each room is equipped with a bird book for guests to use.

“It’s never been done before,” Shalati concession general manager, Judiet Barnes, tells me over a dinner plate of piquant prawn gnocchi that night. “We had no blueprint to work from when pulling this project together. Blending engineering with fashionable design has its challenges – for example, it took four months to best configure the bathroom layout, and I refused to do away with the bath!” The train shells are all authentic too. “We bought scrap trains from the Free State and sent them to our steel workshop and factory in Jo’burg redo the framework. Once fitted with the essentials, we then transported them up here on huge trucks to be installed on the bridge”.

The sumptuous interiors were conducted by head interior designer Andrea Kleinloog, who worked closely with Judiet, and I’m intrigued to know the brief for Kruger Shalati. Judiet grins. “African steampunk safari chic with rail influences. We wanted to showcase African elegance without the typical Ndebele patterns and animal print. We were after a new kind of safari”. Indeed, this is it.

To me, Kruger Shalati marries the best parts of a lodge stay with choice upmarket hotel factors. One small example? They forgo the family-style dining with guides at the table, which is so typical of lodge stays, favouring more intimate meals set at private hotel-style tables instead.

Eco-wise travellers will also appreciate the strict nature-first guidelines in place. To operate in the environmentally sensitive setting requires further design savvy. “There’s a solar plant that powers the bridge house and station, and we had to consider the visual impact too. No open windows face to Skukuza camp, and we’ve used very subtle foot lighting on the walkways so that the bridge isn’t this bright eyesore for other park guests”.

“90 percent of our staff come from collective communities surrounding the Kruger Park, and we’re big on youth employment”, Judiet says. For many charming waiters and groundsmen, guides, housekeeping and more, this hotel is their first job.

Kruger Shalati is not only a refreshingly swanky hotel offering, but it also features upliftment at its heart. And we can never have too much of that.

A stay at this swish hotel nicely complements a wilder tented safari adventure or puts the ideal cherry on top of a walking safari in the Kruger National Park. Get in touch and we’ll help you plot the perfect escape.