Sudan was once home to the Kingdom of Kush, a rival to Egypt that embraced its neighbour’s culture and beliefs. The city of Meroë became its capital, where over 30 kings were buried amid 200 pyramids. In comparison, there are only 118 pyramids in all of Egypt. The tale of its rise and fall, its slender pyramids and ambitious rulers is a fascinating story that began over 5000 years ago. 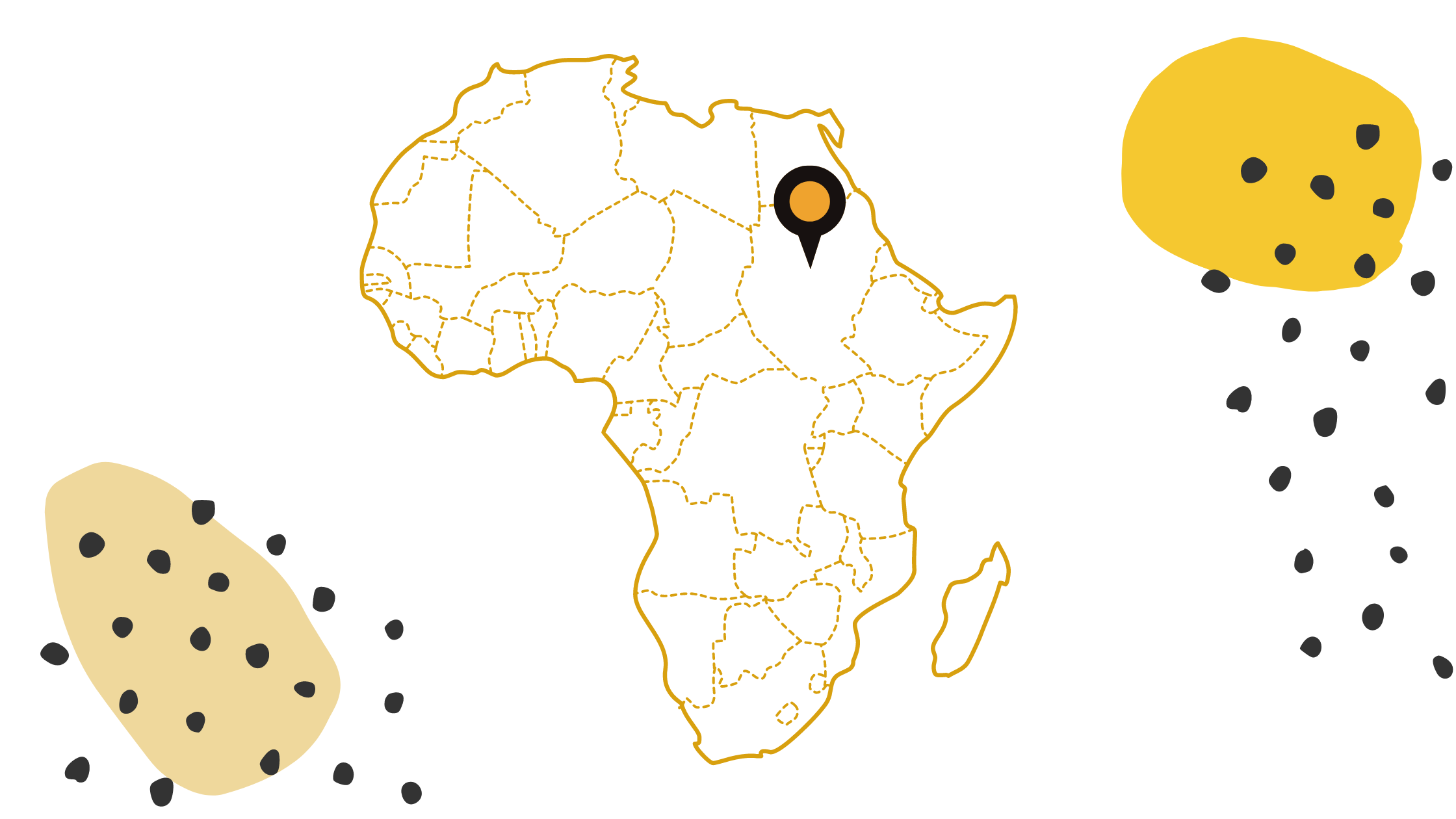 The ‘Black Pharaohs’ and the rise of the Nubian Empire

For a period of 200 years, around 3000 BCE, Egyptian pharaohs sent their army south along the Nile in search of gold, granite for statues, ostrich feathers and slaves. They built forts, and later temples, to demonstrate their dominance over the Nubians. The Nubians were the early inhabitants of the central Nile valley, present-day northern Sudan and southern Egypt, and believed to be one of the earliest cradles of civilization.

The conquered region came to be known as the Kingdom of Kush, with the Kushites adopting all aspects of Egyptian culture, from gods to glyphs. They embraced it to such a degree that when the Egyptian empire collapsed in 1070 BCE, the Nubian dynasty, led by Alara, King of the Kush, spearheaded a renaissance of Egyptian culture, including the construction of their own pyramids.

With the Nubian dynasty flourishing militarily and economically, and believing themselves to be the true sons of the Egyptian God Amun, they invaded their neighbours to the north. Alara’s grandson Piye moved into Egypt to rebuild the great temples, extending his control to the whole Nile Valley, from Libya to Palestine and down to what is now modern-day Khartoum. Piye became the first pharaoh of Egypt’s 25th dynasty, and for nearly 100 years Egypt was ruled by leaders now dubbed the ‘Black Pharaohs’.

Piye died in 715 BCE, having reigned for 35 years. Although he returned to Nubia after conquering Egypt, he wished to be buried in the Egyptian style, a request his subjects granted. Entombed in a pyramid, Piye was the first pharaoh in more than 500 years to be buried this way.

After the Nubian pharaohs lost power, they retreated south to the city of Meroë, which sits along the Nile and became the new capital. This new location was not only strategically positioned at the crossroads of inland African trade routes and caravan trails from the Red Sea, but also blessed with significant natural resources — iron and gold mines that fostered the development of a metals industry, especially goldwork. Meroë became the last great burial site of Kush’s royal pharaohs.

Because of Meroë’s distance from Cairo, the Kushites were able to retain their independence, developing their own vibrant hybrid of Egyptian culture and religion until well into the fourth century CE. The Meroites built temples, palaces and royal baths in their capital, but their grandest achievements were the more than 200 tall, slender pyramids built at the necropolis at Meroë, giving Sudan more pyramids than all of Egypt (255 in total compared to Egypt’s 118). Some of the most impressive tombs here are the final resting places for 30 kings, eight queens, and three princes.

Although less famous than the grouping of pyramids at Giza in Egypt, the complex at Meroë in Sudan is remarkable. The pyramids, primarily dating from 300 BCE to 350 CE, mark the tombs of royalty of the Kingdom of Kush. They’re recognized as a UNESCO World Heritage Site, yet they remain relatively under-visited. The Nubian pyramids differ from Egyptian ones in that they’re smaller — six to 27 metres on a side, compared with the Great Pyramid’s 230 metres — with much steeper sides. While the ancient Egyptians largely abandoned pyramids for hidden tombs, the Nubians continued to use pyramids – with most of them built 2000 years after those at Giza.

By 300 CE the Kingdom of Kush was in decline. Dwindling agriculture and increasing raids from Ethiopia and Rome spelled the end of their rule. Christianity and Islam followed, and prayers to Egyptian God Amun faded from memory.

Over the centuries, rumours spread of Meroë’s monuments and the gold they contained, eventually reaching the Italian tomb robber Giuseppe Ferlini. In 1834, Ferlini arrived in Meroë, where he set about looting the graves, which had been found “in good conditions” by Frédéric Cailliaud just a few years earlier. At Wad ban Naqa, he levelled the pyramid of Amanishakheto starting from the top, and finally found her treasure composed of dozens of gold and silver jewellery pieces. Overall, he’s considered responsible for the destruction of over 40 pyramids, damage still lamented by archaeologists.

While the tourism industry in Sudan remains small compared to that in Egypt and can be tricky to navigate, there are plenty of reasons the intrepid will love a visit. Historical sites such as temples, mosques and necropolises rank among the top places to visit, while scuba diving is equally enticing and offers some of the best experiences in the Red Sea. A trusted on-the-ground tour operator can help smooth out the logistics of such a journey. Get in touch now to plan your trip.