On the morning of 5 September 2017, the inhabitants of Saint-Louis, a regional capital on Senegal’s northwest coast, woke to a strange scene. The statue of Louis Faidherbe that had formed the focal point of the Square Faidherbe since 1887 had fallen.
Written by Guest Writer
23 May 2022

The effigy of the 19th-century French general and colonial administrator lay next to its pedestal, its face buried in the sand of the public garden that it had decorated. This followed the call for its removal that had been heard for years. 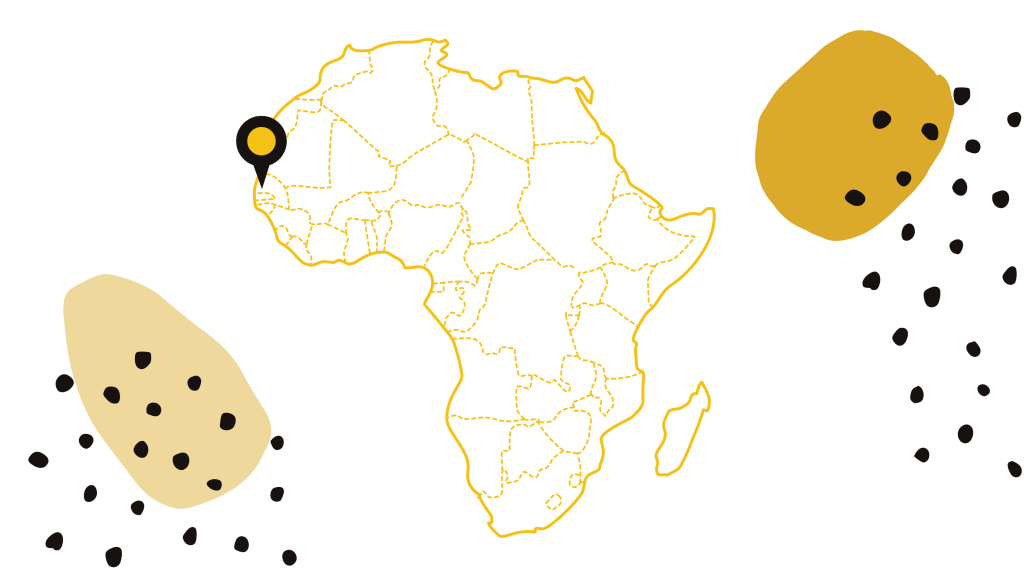 After Faidherbe’s fall, the municipality quickly reinstalled the statue but removed it again in early 2020 claiming they wanted to renovate the square where it once stood.

The incident illustrates the long journey Senegal has travelled in coming to terms with its colonial heritage and decolonisation which began under the country’s founding president Léopold Sédar Senghor.

In my recently published book, Decolonizing Heritage: Time to Repair in Senegal, I examine Senegal’s decolonisation of its cultural heritage. My work demonstrates how Senegal’s reinterpretation of heritage sites enables it to overcome the legacies of the slave trade and colonialism. It succeeds in doing this, I suggest, by acknowledging the legacies of empire.

The city’s mayor, Mansour Faye, strongly opposed the removal of historical statues and spoke out in favour of the integral preservation of Saint-Louis’s colonial heritage.

Faye had a substantial but controversial legacy to defend. In the 19th century, Saint-Louis was an important trading post that developed into a military centre out of which the French conquered West Africa and established colonial control.

The city’s layout of military barracks, administrative buildings, ports, quays, and traffic arteries provided Saint-Louis with the modern infrastructure necessary to support France’s “civilising mission” in West Africa. This infrastructure had been realised under Governor Faidherbe, whose achievements were celebrated with a statue unveiled in 1887.

In a city that owes its existence to the French empire, it is not surprising that its mayor wished to maintain its colonial heritage and to preserve the memory of Faidherbe. But many young people rather imagined decolonial futures and thought the statue should go.

Instead of the infrastructural legacy established by Faidherbe, they remember the villages razed to the ground and the harvests burned by the colonial army acting under his responsibility. The controversy around Faidherbe’s statue created a national debate in Senegal on the legacies of colonialism.

My interpretation that the legacy of empire should be acknowledged flows from Senghor’s philosophy of Négritude – or Blackness – by which he sought to restore pride in Black heritage. By celebrating the cultural achievements of precolonial Africa in art, dance, and music, Senghor sought to reclaim a heritage that had been dismissed by racial science and colonial rule. Appropriating the racist slur nègre, Senghor reclaimed his Blackness. But Senghor also acknowledged the achievements of French civilisation, and, as poet of the French language, was himself admitted to the French Pantheon.

In my view the decolonisation of heritage is a project of self-reclamation. This is a project Senegal owes largely to Senghor who, although keen to reclaim his Blackness, was also fond of French culture, and sought to unite both in his quest for a Universal Civilisation. This legacy, however, is increasingly hard to defend.

Senegal’s colonial heritage has always been a subject to contend with. But it has taken on added controversy and urgency in the current political climate, in which many former French colonies in West Africa question the continuing presence of the French army on their territories, and new global powers like China are keen to please African partners in the race for mineral resources.

This changing geo-political context has all manner of unforeseen consequences, for instance for Africa’s heritage held in European museum collections.

Many of Senegal’s monuments and museums were established under colonial rule. However, a few years ago the country opened its new Museum of Black Civilisations. With this project, Senegal signalled to the world that it has the museum infrastructure to store and preserve the art looted under colonial rule, and owned by French museums.

Senegal was the first African country to have its colonial heritage listed by UNESCO. In 1978, Gorée Island, with its infamous House of Slaves, was listed as UNESCO World Heritage Site. Its curator Boubacar Joseph Ndiaye, dedicated his life to the commemoration of the atrocities of the transatlantic slave trade, for which he was rewarded with an honorary doctorate.

He put the House of Slaves on the map and made it an unassailable monument to which Pope Jean-Paul II, George Bush, and Barack and Michelle Obama came to pay their respects. It is now hallowed ground that serves as a site of pilgrimage for African Americans and a site of atonement for White Europeans.

But the country also targeted the colonial monuments that the French left at independence. One of these was of Demba and Dupont, named after two imagined brothers-in-arms, Senegalese and French, as they fought shoulder to shoulder in the French army during the First World War. To commemorate the contribution that African soldiers had made to the French war effort, a monument was erected in Dakar in 1923.

After independence, the Senegalese government removed it. Yet, in 2004, it was re-installed in the city’s memoryscape.

At the occasion of the commemoration of the struggle against Nazi rule, then 60 years ago, the Senegalese government recycled the monument to commemorate the role played by Senegalese soldiers in the liberation of Europe. The monument played a pivotal role in reclaiming African agency and a role for African soldiers on the world stage.

Hope for another future

Monuments and museums clearly play a role in the reconfiguration of relations between Senegal and France. Decolonisation of these relations is an unfinished, ongoing project. Abdoulaye Wade, Senegal’s third president (2000-2012), renewed the heritage politics of president Senghor, reinjecting his utopian hopes with a newly commissioned statue.

Erected on the westernmost tip of the African continent, The African Renaissance competes in size with the Statue of Liberty. The statue represents an African family. The future of Africa is represented by the young boy, carried on his father’s shoulders, looking knowingly across the Atlantic.

Recycling the ideals of Negritude in a new era, the North Korean built statue incorporates a plethora of sculptural styles, including Socialist Realism. But this reclamation of heritage is invested with hopes for an African Renaissance.

This hope for another future, as my book demonstrates, is part and parcel of the cultural heritage of Senegal.

To reclaim one’s heritage, as Souleymane Bachir Diagne, a Senegalese philosopher of Négritude at Columbia University says, is to reclaim one’s future.

This article was amended and shortened.

It is republished from The Conversation under a Creative Commons license. Read the original article.