Is it a panther? A dog? Pure legend? Laikipia’s black leopards have been steeped in mystery and rumour until Will Burrard-Lucas got the world talking with stunning photos of this elusive cat.
Written by Joe Wahome
19 March 2021

The first time I saw a black leopard, I was probably six years old, out on a hike with my older cousins in Laikipia, near Ol Arri Nyiro Conservancy. We came across angry villagers who wanted to kill an ensnared creature that was putting up a mighty fight. Luckily police arrived and took charge of the situation, disappointing the villagers who claimed it had killed several sheep the previous night. 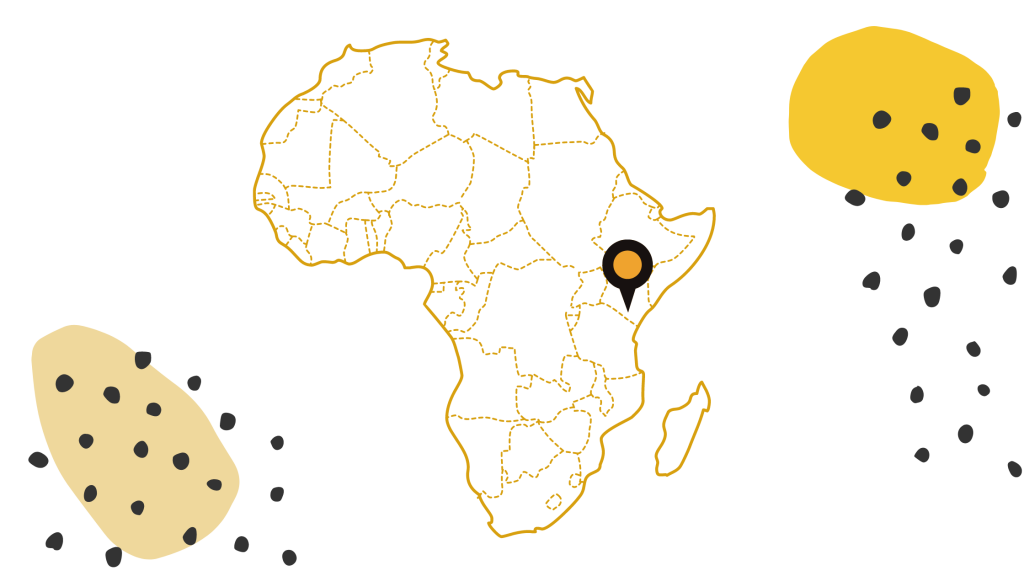 I overheard the villagers say that the owner of the conservancy, Kuki Gallman, had brought several of these animals from Italy. Back at my aunt’s ranch we excitedly told her about the sighting. She told us it was probably a black leopard – she had seen them over the years in a tree nearby. There was a sense of excitement around the cat I had never experienced before and my young imagination was captured.

27 years later, Will Burrard-Lucas, the acclaimed photographer who penned the book ‘Land of Giants’ featuring the super tuskers of Tsavo, heard rumours of sightings of a young African black leopard in Kenya.

Although commonly spoken of by locals, they’d not been scientifically documented in Africa for more than 100 years – a sighting near Addis Ababa in Ethiopia in 1909 – so he was somewhat sceptical. Nevertheless, he decided to take his chances and headed to Kenya.

Will found his way to Laikipia Wilderness Camp, where he met Steve Carey, who told Will that his neighbour, Luisa Ancilotto, had seen a black leopard quite regularly in the area around her house. He reckoned that was probably the best place for him to start.

How did Will Burrard-Lucas get these noctural shots?

The next morning Steve Carey and Will set off after breakfast. Luisa’s house was nestled halfway up an escarpment. She introduced them to Mohammed, a handsome Maasai who worked as her chief askari, and told the story of how they’d first spotted the black leopard together around eighteen months ago. ‘The two of us had been driving back to the house after taking the dogs for a walk down by the river,’ she said. ‘Just as we reached the start of the steep slope, we spotted a black animal off to one side.

‘At first, we thought it must be a black domestic dog.’ They were concerned, as this was no place for a dog to be wandering around on its own, given the number of leopards in the area. Then, they noticed a spotty leopard and it seemed that the black animal was following it. ‘We then realized it was a mother leopard with a black cub.’

Over the years, they’d heard stories of black leopards in Laikipia, but this was the first time either of them had ever seen one. The mother leopard’s territory was roughly centred around Luisa’s house, and thereafter they had several more sightings of the black cub and watched as he grew. He was probably a male, but they couldn’t be sure as he was still quite small and maybe about two years old. If he were to move territory, their chances of finding him again in this expansive wilderness were extremely slim.

Mohammed took Will and Steve for a walk around Luisa’s property. He showed them the spots where he and the other askaris had seen the leopard. Ambrose Letoluai, an enthusiastic young Samburu leopard researcher, also kindly showed them the places where he’d captured footage with his trail cameras.

Deciding on places to put the cameras was not easy. Whereas the researchers were aiming to capture side-on shots so that they could identify leopards from their spot patterns, Will was looking for something quite different: head-on shots and elements of the habitat that would attractively frame the subject. There’s also always a trade-off between locations that provide the best chance of capturing any image at all, versus locations that will result in a more aesthetically pleasing photo and Will was usually drawn to the latter. In the end, he decided to put two cameras near places that Mohammed and Ambrose showed him, and three on the trail Steve had identified on a separate walk in the morning.

Mohammed, Ambrose and another askari called Patrick Lempejo helped Will set up the cameras. By the time the sun went down the five traps were ready, each with two or three flashes on stands weighed down with rocks, and the camera in a strong housing to provide some protection from elephants and hyenas.

‘The last thing I had to do was fine-tune the position and brightness of each flash,’ Will says. ‘This needed to be done in darkness so that I could preview the lighting. In many ways, this is the most critical part of the process, as the lighting is what makes or breaks the final image.’

He was up early in the morning and as he opened up each camera housing and pressed the ‘play’ button, he was greeted with the same image: a beautifully lit picture of himself – his final test shot from the night before. He was disappointed not to have captured any wildlife, but not surprised – he never expected this to be easy. He resolved to leave the traps running for a few days before checking them again.

Three nights later, Will went to inspect the cameras and started with the two cameras near Luisa’s house. There were some pictures, including one of a lovely striped hyena, but no leopard. He’d photographed plenty of spotted hyenas before, but never a striped hyena, so he was actually feeling pretty pleased. Next, he checked the cameras up on the path. On the first two he found a scrub hare and a white-tailed mongoose, but again, no leopard. He opened up the final camera.

He now had no expectation at all of finding a leopard picture. He started to scroll quickly through the pictures. Scrub hare, mongoose, and then . . . he stopped and peered at the back of the camera in disbelief. The animal was so dark that it was almost invisible on the small screen. All he could see were two eyes burning brightly out of a patch of inky blackness.

The realization of what he was looking at hit him like a lightning bolt.

His first thought was not to celebrate; it was too soon for that. Was the image sharp? Was his focus okay? He zoomed in on the screen and it seemed good, but knew from bitter experience that you cannot tell for sure until it is on the computer. All he wanted now was to get back to camp as quickly as possible so he could study the picture.

In the darkness of his tent, on the bright laptop screen, he could now see the animal properly. It was so beautiful it almost took his breath away. Will zoomed in and the image was sharp. His eyes wandered around the frame, looking for distractions. There were some bright blades of grass that irritated him, but nothing serious. The image was better than anything he could have hoped for.

That evening, he was sitting on his own at the campfire, waiting for the guides and guests to return from their afternoon activity. They knew that he had gone to check his traps, so the first thing they asked when they arrived was whether or not he had been successful. He opened up his laptop and said he got a beautiful photo of a striped hyena.

Everyone crowded around behind him to look at the picture and there were a few appreciative noises. He lingered on the picture for a while and then said casually, ‘I also got this’. He tapped a button and the hyena was replaced with the black leopard. Everybody gasped.

‘I can’t remember an image ever receiving such a response as that one got,’ Will says. It validated his own feelings about the picture.

As a photographer, it’s easy to overestimate the merit of certain images because you know how much effort was required to capture them. Will still had 10 days left at Laikipia. He hoped he might be able to capture another shot or two before leaving. Mohammed showed him a place on some rocks where he’d often seen the leopard and he moved a couple of the cameras to that spot. Will had to learn how to light a subject that reflects almost no light at all.

It was always the leopard’s eyes that struck him first, so he decided to spend his final nights focusing on just picking out his eyes and leaving the rest of the frame as dark as possible. But thereafter, he didn’t capture another image of the leopard for a week. Instead, he got pictures of a beautiful big spotty male leopard. He wondered if this male had chased the black one away and if perhaps the younger male might never return.

‘Then, on the night of the full moon, the camera on the rocks photographed the black leopard as the moon was setting behind him. The camera was set up to balance the foreground exposure with that of the night sky,’ Will says. The position of the moon in the sky and the leopard in the frame were perfect. It was an unbelievably lucky and atmospheric shot.

Also read: You can now sleep in a ‘Bird’s Nest’ in Laikipia

Will left Laikipia feeling an incredible sense of gratitude to all those who helped him on this journey. He would have achieved nothing without the goodwill of people such as Annabel and Steve Carrey from Laikipia Wilderness Camp, Chris and Anne-Marie in Nairobi, and of course Luisa, Mohammed and the rest of Luisa’s team.

Will Burrard-Lucas’ new book ‘The Black Leopard’ is on sale now and chronicles his quest to photograph the mythical black leopards found in
Kenya’s Laikipia.

Laikipia, in central Kenya, is premium safari and conservation country. Accessible all year round with the highest concentration of wildlife in Kenya after the Mara.