Cousin to cultured Zanzibar, Mafia Island is Tanzania’s smaller and lesser-known island destination. Lying some 160km to the south, it’s also the domain of ocean giants.
Written by Melanie van Zyl
08 May 2022

To my untrained and soon-to-be-snorkelled eye, the dark shadow slithering below the unruffled ocean could be any old fish. Our broad boat bobs between the African continent and the west coast Mafia Island. The sky is crystal and cloudless, but even with the intense, yet balmy, sunshine I’m struggling to distinguish a species until its unmistakable teardrop shape becomes clear. Swelling in size as he rises upwards, the fish breaks water with a spotted fin and a wide grin. It seems whale sharks love Mafia Island, and so do I. 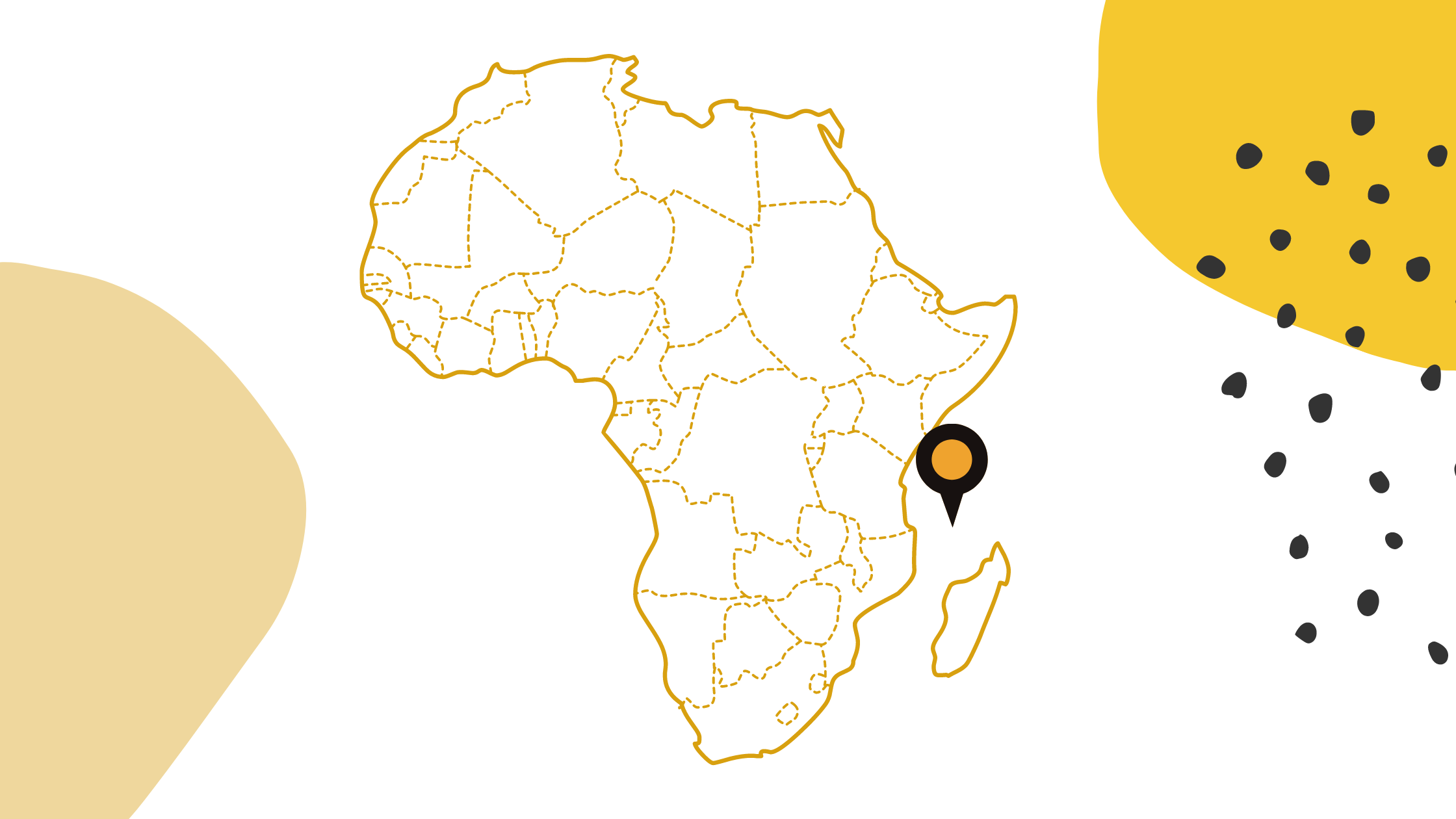 Masked, finned and ready to go, I follow our expert guide from Butiama Beach lodge, slipping into the water with far less grace than he. Most operators here strive for an ethical animal encounter, of which I’d been carefully briefed on the boat before. Always give a whale shark a comfortable berth and keep clear of the strong tail – one sharp swish to the head and it’s lights out.

The fish is far more colossal than I’d imagined and much, much faster. I kick my fins like crazy to keep up, but after sampling and gobbling its nutritious greens at the surface of the Indian Ocean, he dives again, disappearing from my view merging with the murk below. No matter, my guide reassures, there will be more.

Wait, where is Mafia Island?

Southeast of Dar es Salaam, Tanzania’s capital, the Mafia archipelago is made up of five islands – Mafia is the biggest, then there’s Jibondo, Juani, Chole and Bwejuu.

Between each atoll lies a combination of ecosystems. Tidal flats that reveal fat starfish and white sandbars that peep out between tides. There are cavernous ocean trenches, exciting for scuba diving and deep-sea fishing, mangrove forests all-ascutter with crabs and tall palms home to nesting Pteropus fruit bats, otherwise known as flying foxes. Then, of course, the krill-rich cerulean waters so favoured by the whale sharks.

Mafia has always been a site of progress and civilization and, like Zanzibar, visitors have crossed her sands for centuries. Peter Byrne from Kinasi Lodge writes an engaging historical account of the island, which was a crucial station for shipping routes between Somaliland and Sofala, securing gold, ivory, slaves, live animals, animal furs and skins for the world. Islanders would have met Egyptian, Portuguese and Turkish traders, Omani, Greco-Roman, Chinese, as well as France and America over the years and Mafia prospered exceedingly during the 13th Century, the ruins of which are still visible today.

I first visited Mafia Island in 2016, after a week spent absorbing the thrilling bedlam of Zanzibar’s storied Stone Town. A sharp contrast between the two destinations was tangible as soon as our little 12-seater aircraft touched down on the dusty runway (unlike Zanzibar, few jets, and fewer tourists land on Mafia Island).

The island had just enjoyed a year of its first tarred road – one lick of tar that stretched north from the lighthouse, south to the Marine National Park. Somewhere in the lower middle, lies Kilindoni, the island’s biggest town, where snorkelers bob just beyond her shores.

What we know about the whale sharks of Mafia Island

It’s easiest to see whale sharks between October and February, with the first sightings drifting in from September. Still, Mafia’s population of Rhincodon typus is unique (according to the scientists at the Marine Megafauna Foundation, which has a research station on the island) because the fish linger nearby throughout the year. 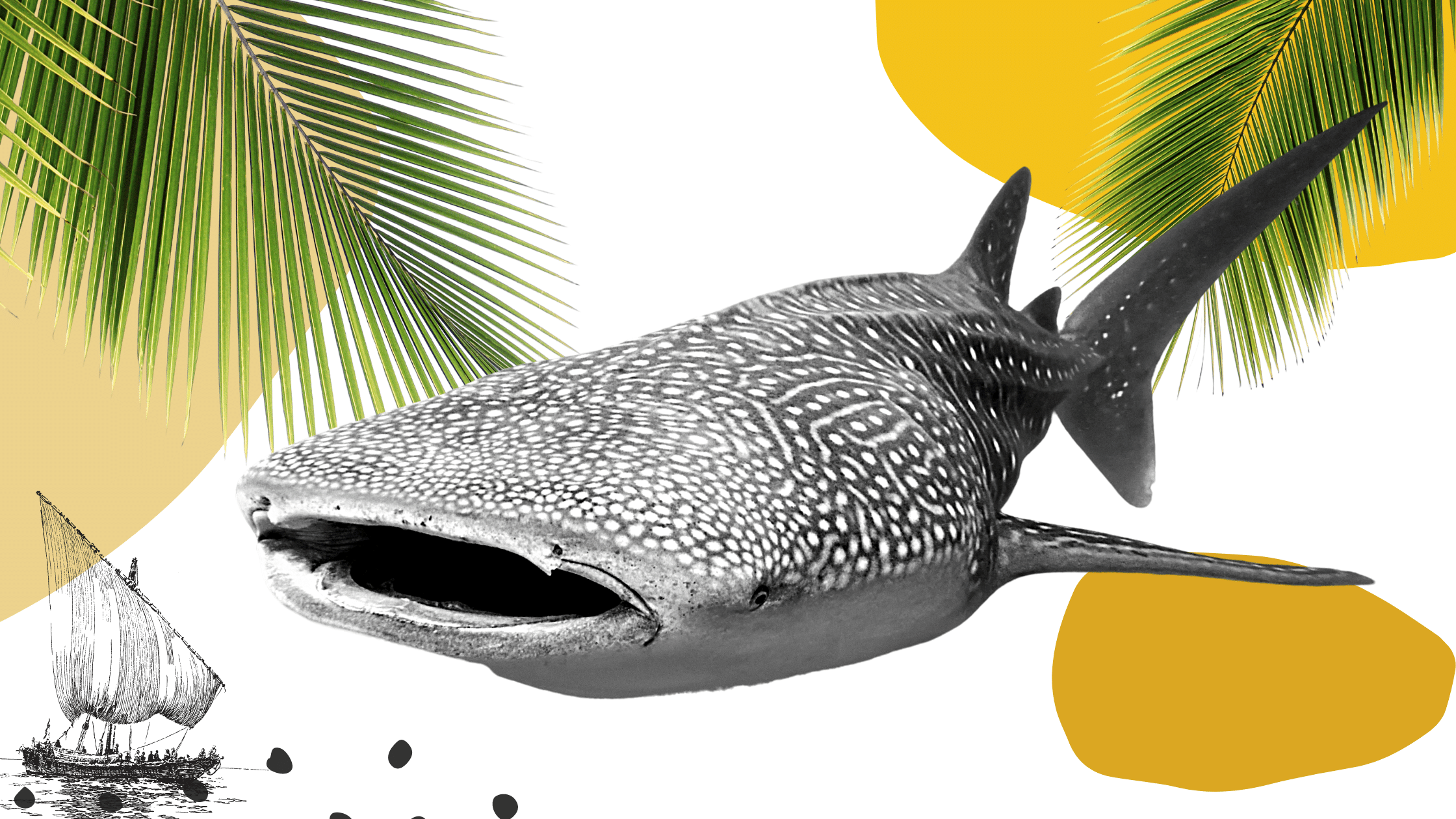 Here, in these nutrient-rich waters, the season to swim with filter-feeding whale sharks is the longest in the world. Why? The kaskazi. This is the local name for the annual north monsoon wind, otherwise known as trade winds, which pushes a surface layer of ocean water towards the island and traps it against the west coast. It creates scrumptious snacking for the whale sharks, filled with plankton sustained by the sun and nourished further from silt, which peels off from the Rufiji River on the mainland.

Whale sharks love Mafia Island because they can gorge themselves, and there is proof that the population is resident in the area.

“I’ve worked on whale sharks all over the world, and I’ve never seen anything like it,” said the lead author of the recent study, Dr Chris Rohner from the Marine Megafauna Foundation. “We usually have to track whale shark movements via satellite. Here, in Tanzania, many of the sharks kept returning to a single bay over months, and across years.”

On my specific early morning excursion, our guide spotted three separate individuals. Each time we dropped in for a one-on-one oceanic encounter. Whale sharks move swiftly, but with grace and an entourage. Yellow specks surround the big fish, as do trailing white ribbons, these are Golden trevallies and remora fishes.

A whale shark can measure up to 18 meters long and weigh more than 20 tons, the ones we saw measured roughly eight metres – juveniles, although there was nothing small about them.

The whale shark’s global population has fallen by more than half over the past 75 years, according to the International Union for Conservation of Nature (IUCN). In 2016, the whale shark joined the growing IUCN Red List of Threatened Species. It registers as globally endangered today, and main threats include direct harvesting, fishing bycatch, and accidental boat strikes, maiming these elegant creatures.

Wait. How on earth do they count whale sharks? Like human fingerprints, whale sharks have a unique pattern and arrangement of spots so scientists – or even snorkelers like you or me – can identify individual sharks.

What we don’t know about whale sharks

In an interview with National Geographic, another scientist from the Marine Megafauna Foundation, Simon Pierce, revealed that there’s still plenty we have yet to discover about this marine species.

Yup, scientists also have no idea how whale sharks breed?

There have been but a handful of recordings on baby whale sharks. It’s just one of the characteristics that make this fish so very enigmatic.

Ecotourism is vital to the protection of these creatures, as long as the animal is observed and encountered respectfully.

Working with local communities, fisherfolk, and the tourism industry, WWF helps improve sustainable livelihood opportunities through the conservation of whale sharks. The whale sharks are protected by law in Tanzania, and WWF says that their residency in Mafia has doubled tourism since 2012.

Mafia Island remains a low-volume tourism destination with plenty of ways to while away a holiday. World-class underwater activities include snorkelling with whale sharks, but turtles also nest on the shores. The Marine National Park offers world-class scuba diving, with breaks aboard a dhow between dips.

Travelling to Africa is more meaningful than you think. These conservation-led safaris make all the difference for a wilder world