This collection of peaks was whispered about for decades during the exploration era, often in the same breath as the source of the Nile. Today, there is one mountain range on the continent most often celebrated as antiquity’s Mountains of the Moon.
Written by Melanie du Toit
29 March 2021

The source of the Nile was once one of Africa’s biggest mysteries, one that spurred countless reconnaissance missions led by curious explorers. A Greek merchant, Diogenes, was one such explorer who claimed to have found the source of the Nile after visiting the famed ancient East African marketplace of Rhapta. 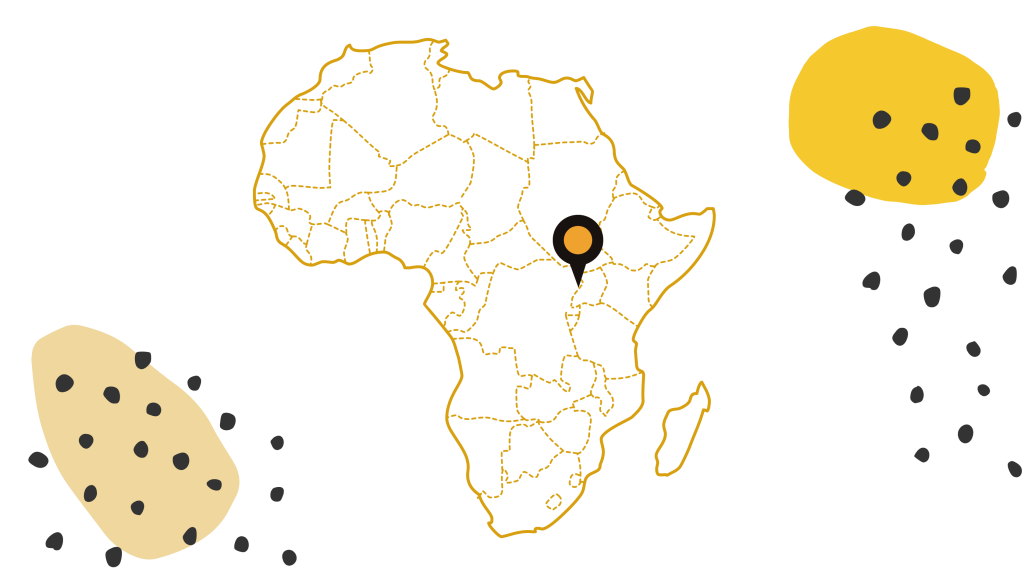 Diogenes claimed to have travelled inland for almost a month with the help of locals, before reaching what he reported to be the source of the Nile. He described the source as flowing from a collection of snow-capped mountains to a collection of large lakes. Locals, he said, called the surrounding rockscapes the Mountains of the Moon due to their snow-dusted peaks.

With so few explorers having returned with stories of the Nile’s source, many Roman and Greek intellectuals of their day took Diogenes’ reports as fact. Maps were created based on his description, with Ptolemy immortalising the Nile source’s surrounding peaks as ‘Lunis Montae’ and a Greek dramatist describing Egypt as being ‘nurtured by snows’.

When the age of exploration was underway, interest in the source of the Nile was renewed, with many explorers travelling to East Africa to start their journey, based on Diogenes’ description. From there, countless adventurers travelled west into the heart of the continent and returned with stories of the hinterland. The problem was, many of them came to different conclusions, particularly about which mountain range was the Mountains of the Moon.

Scottish explorer James Bruce identified modern-day Mount Amedamit, part of Ethiopia’s mountains of Gojjam, as the Mountains of the Moon in 1770. GWB Huntingford suggested in 1940 that surely these peaks of legend must be Mount Kilimanjaro, while OGS Crawford threw his pick into the pot: the Amhara region’s Mount Abuna Yosef.

Henry Morton Stanley reckoned the glacier-capped Rwenzori Mountains were the correct location of the famed historical range, and while this doesn’t quite match Diogenes’ description, the Rwenzoris are widely celebrated as the modern-day location of the Mountains of the Moon.

There’s a theory that the Rwenzoris eluded early European explorers for so long because its snow-capped peaks of lore are more often than not shrouded in mist. Its peaks are only visible on very clear days, and only for a short while, before cloud cover and mist blanket them once again. Rarely visited but incredibly important, the Rwenzoris are a UNESCO World Heritage Site preserved for its three glaciers, some of Africa’s last and comparable only to the ones found on Mount Kilimanjaro.

Translating to ‘rainmaker’ or ‘cloud king’ in the local tongue, the Rwenzori mountains straddle modern-day Uganda and the Democratic Republic of the Congo. Today, mountaineers scale the mountain’s three glaciers and marvel at its six peaks capped with snow.

A trip to the Rwenzoris is near incomplete without a gorilla-trekking safari – making them fantastic itineraries to combine.