Lamu soared to fame after Rolling Stones frontman Mick Jagger, and his then-wife Jerry Hall, visited in the 1970s. Yet this Kenyan island has been continuously inhabited since the 13th century and offers more than just an idyllic getaway.
Written by Joe Wahome
11 July 2022

Zanzibar is probably the Indian Ocean’s most celebrated Island getaway but Lamu Island is believed by many to be equally as stunning, with a similar amount of good food, culture and energy coursing through its streets. 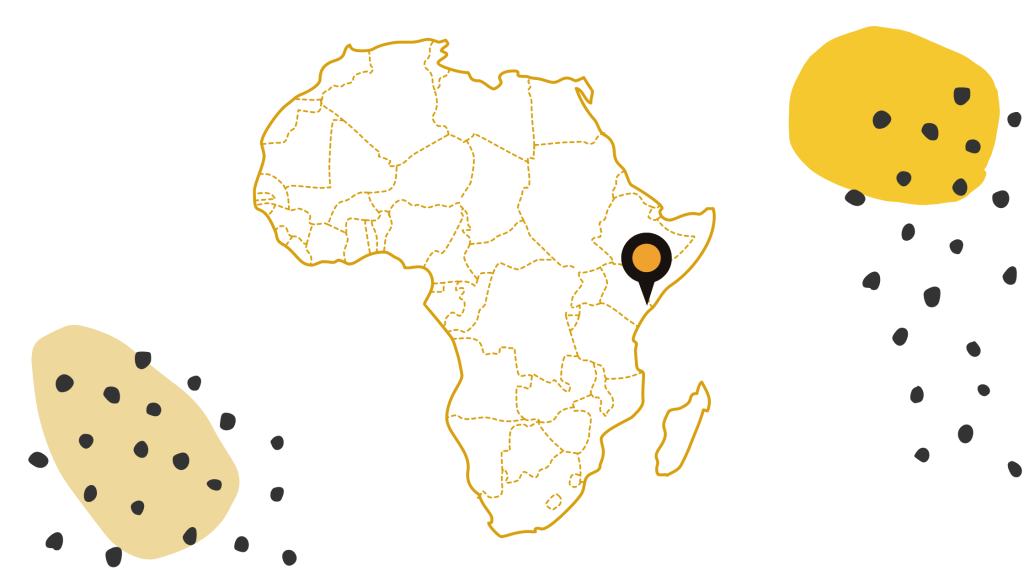 Lamu Town, located on Lamu Island, is the oldest Swahili settlement along the East African coast, stretching from Kenya through Tanzania to Mozambique, and including Zanzibar and The Comoros. For centuries, the local Swahili people proved to be prolific traders along this route and their legacy is evident in Kiswahili language being one of the most widely spoken languages in East, Central and Southern Africa.

The half-moon-shaped port island of Lamu saw its first inhabitants occupy its landmass from the 1100s, but it was officially founded in 1370. Its key location along the coast made it one of the most important trade centres in the East African region. Today, visitors will find it has retained its cultural and social integrity and kept some centuries-old buildings from this era intact.

The island’s imposing, ocean-facing fort was constructed in the 1820 colonial period by the Sultan of Pate. After Kenyan independence, it was used as a prison for a time before today acting as a museum, library and venue for important community events.

The Lamu archipelago consists of several islands, including its namesake, Pate and Manda (which are the largest), along with the lesser-known, but also inhabited, Kiwayu and Ndau islands. Lamu Town is home to sites of historical significance, such as its Old Town, Shela, Kipungani and Matondoni settlements.

The Old Town’s UNESCO World Heritage Site status was designated in 2001, paying homage to its pristinely preserved examples of Swahili culture and its iconic architecture built with coral stone and mangrove timber. Because of its location along important spice trade routes, Lamu displays a unique fusion of Swahili and Islamic culture and has also borne witness to major Muslim religious festivals since the 19th century.

Characterised by narrow streets and mottled stone buildings accented by curved archways, the town showcases a vibrant mix of Swahili, Persian, Indian, Arabic and European architectural influence. The buildings, featuring open verandahs and arcades, face out towards the ocean, and are best admired on a dhow cruise with a local.

3. Meet the people of Lamu

Lamu humbles you! Royalty, rock stars and billionaires can mingle, unbothered, with the locals and other tourists when exploring the island’s array of street markets, seaside restaurants, and idyllic beaches. Titles and classism are non-existent here, which has made Lamu a magnet for conscious travellers.

While hotels and hostels are abundant, tourism is not confined to popular spots alone. Welcoming locals are eager to share their way of life with visitors, and tourists can forge a connection with people here in a way that makes Lamu a stand-out destination for those seeking an authentic experience.

The cuisine of Lamu is a blend of its African and Eastern heritage: full of flavour and spices with influences from Zanzibar, India, Oman and beyond. Seafood is a staple, while biryani, pasta, curries, chutneys and chapati will always find their way onto your plate.

Ever since Mick Jagger and Jerry Hall visited Lamu in the 1970s, it has drawn a bevy of celebrities and global icons from European royalty to entertainment icons such as Sting, Kate Moss, and Madonna. Why do they love Lamu? It’s a perfect mix of temperate weather, long beaches, friendly locals, rich culture, and a sense of anonymity that separates it from other famed paradise island retreats.

Lamu is also known as the ‘Island of Festivals’ with the most prominent one being the Lamu Cultural Festival. Held every November, it celebrates Swahili culture over the course of three-days and features important local pastimes such as dhow sailing and donkey races, concerts, poetry readings, culinary experiences, and Bao – one of the oldest board games in the world.

Another festival that is popular in Lamu is the Maulidi Festival which takes place in the third month of the Muslim calendar. This four-day event celebrates the birth of Prophet Mohammed with joyous music and religious sermons.

The four-day Lamu Yoga Festival is particularly appealing to travellers and takes place across Lamu Old Town, Mand Island and Shela Village. Yogis flock to the island to practice their asanas under the guidance of more than 20 professional practitioners with the option of more than 150 different classes. Swahili cuisine, dhow sailing, and meditation retreats also take place and draw participants from around the world.

Artists and curators from across African and Europe flock to the island for the annual Lamu Art Festival where they spend three weeks in different locations in Lamu working on their projects and gaining inspiration from the landscape. The festival culminates in a gallery show at the Lamu Fort where all their work is exhibited, alongside a mega concert headlined by a top Kenyan musician.

Donkeys are integral to life on Lamu with more than 6,000 calling the island home and used as a means of transport by islanders. Why so many donkeys in such a small area? Lamu’s transport infrastructure has remained largely unchanged over the past 700 years, adding to its charm. The island’s narrow streets are just four feet wide in some instances, making it near impossible for cars to move around. As a result, donkeys are the preferred mode of transport.

The Lamu archipelago is world-famous for deep-sea fishing. It’s nutrient-rich, tropical waters host a variety of game fish, including marlin, sailfish, tuna, giant trevally and kingfish. Manda Bay, a boutique lodge at the northern tip of the island, has its own fishing boat and employs local experts, making it one of the best places to go to embark on a deep-sea fishing endeavour.

“The big billfish (sailfish and marlin) tend to be found on a deep-water mark about an hour from the lodge but there’s plenty to be caught on the way there from barracuda, bonito, wahoo and kingfish and other common species such as the beautiful dorado, and yellowfin tuna,” says Caragh Roberts, the owner of Manda Bay.

Manda Bay’s deep-sea vessel, a stunning 33-foot fishing boat dubbed the MV Cheza, can carry six guests and is the perfect option for a deep-sea excursion. The biggest fish to be caught on the MV Cheza was a 500kg marlin who put up a day-long fight.

Lamu is accessible all-year-round with several airlines flying the Nairobi-Lamu route daily. The best time to visit is during the sport fishing season or when one of the many festivals are taking place. Interested in a more low-key and local affair? Simply avoid the high season.