Africa’s first Michelin-star chef has brought the spirit of his award-winning restaurant in Nice to the opulently secluded Tswalu Kalahari.
Written by Melanie du Toit
04 October 2021

As the first South African chef to be awarded the coveted Michelin-star, Jan Hendrik van der Westhuizen is considered something of a national treasure. Since his eponymous restaurant opened its doors on the French Riviera in 2013, the renowned chef has gone on to open a second French restaurant, star in his own television show, publish two recipe books, and launch a bi-annual food and lifestyle publication. Now he’s cooking up a storm in a remote desert. 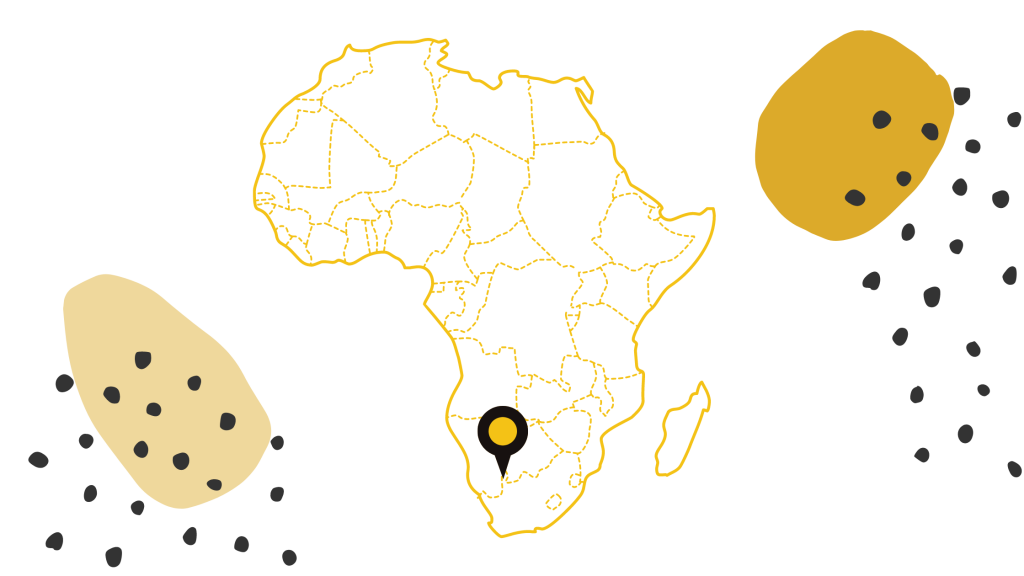 In 2021, Jan added another impressive feat to his resume with the opening of his third restaurant, Klein JAN. But rather than choosing a bustling international capital or a popular city in his homeland, Jan looked to the vast, burnt beauty of the Kalahari, and decided to start there.

Tracing Jan’s journey into the Kalahari

Jan grew up on a rural farm in Mpumalanga, South Africa, where his love of cooking was nurtured at his grandmother’s knee. It’s somewhat unsurprising then, that Jan felt a certain kinship with the Kalahari’s wildlife-dotted semi-desert landscape.

He has called the creation of Klein JAN his “great homecoming project”, where diners are taken on an eight-course journey through South Africa’s heritage, where the old is celebrated as much as the new.

There could be no better stage for this exploration of his home country’s flavourful heritage than Tswalu Kalahari Private Wildlife Reserve, a luxury escape founded by the Oppenheimers and dedicated to sustainability and the preservation of local provenance, habitat and wildlife.

And although there are plenty of luxury lodges in Africa renowned for their excellent cuisine, Tswalu is raising the bar for safaris everywhere with the presence of a restaurant helmed by a Michelin-starred chef.

Jan’s journey into the Kalahari and the origins of his new restaurant took two years, most of which is documented in season three of his self-titled television show. He spent much of that time discovering and experimenting with the region’s endemic plant life and breathing new life into centuries-old cooking and preservation techniques.

Foraging and locally-sourced produce have been the method and ingredients of choice in many of the most forward-thinking restaurants around the globe, but Jan takes this one step further. In an isolated semi-desert expanse, what is there to find?

Undeterred, Jan chose to work with the landscape and bring the bounty of the Kalahari to the global culinary stage for the first time. Klein JAN is a celebration of South African culture and tradition, a history retold and preserved through a seasonal tasting menu.

Getting to the root of it

Due to the arid nature of Klein JAN’s environment, many of the ingredients sourced from the surrounding landscape are raw, dried, cured, and stored below a 100-year-old farmhouse in a temperature-controlled, 20-metre long root cellar.

Now, travellers can trace Jan’s footsteps into the Kalahari from all across the country, whether it’s through a self-drive experience starting in Gauteng, the Eastern Cape, or KwaZulu-Natal, or as part of a larger fly and drive trip starting in Johannesburg or Cape Town.

Ready to follow in Jan’s footsteps? We’ll show you how through a selection of self-drive and fly and drive experiences to Tswalu Kalahari through our travel partner, TravelHouse Africa.