One of the last refuges of the endangered eastern lowland gorilla.
Written by Matthew Sterne
09 June 2021

The eastern lowland gorilla is the largest in the world. They can reach heights of 1.7 metres and weights of up to 250 kilograms, which makes them even bigger than the mountain gorilla. And they’re not just taller – their hands are bigger, their bodies stockier and their muzzles shorter. These giant primates are found in the eastern Democratic Republic of Congo, with the best place to see them the breathtaking Kahuzi-Biéga National Park. 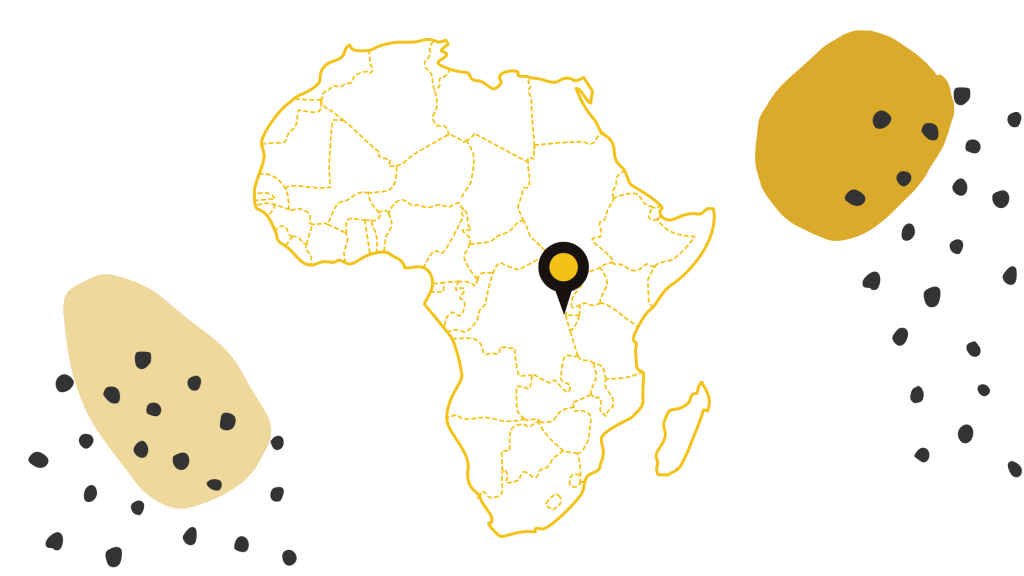 Situated near the picturesque Lake Kivu – reminiscent of lakes in the Swiss Alps – Kahuzi-Biéga was established in 1970 by the Belgian photographer and conservationist Adrien Deschryver, who ranks alongside Dian Fossey as one of the great protectors of the world’s endangered gorilla population.

The park is named after two dormant volcanoes, Mount Kahuzi and Mount Biéga, which are within its limits. With an area of 6,000 square kilometres, Kahuzi-Biéga is one of the biggest national parks in the country and a UNESCO World Heritage Site. It contains flora and fauna of exceptional diversity, making it one of the most important sites in the Rift Albertine Valley. With all that said, perhaps the park’s greatest story is that of the Pole Pole Foundation.

The story of the eastern lowland gorilla

Most famously, Kahuzi-Biéga is home to one of the largest and most studied populations of eastern lowland gorillas (also known as Grauer’s gorilla or Gorilla beringei graueri) in the world. Tragically, their total population has declined by 77% over the last 30 years, the result of logging, mining, civil unrest, and poaching for meat.

There were believed to be around 600 gorillas in the park at the start of the 1990s, and, while their population has taken a big dip, there have been some small signs of improvement. Researchers found that one gorilla population, in the highland sector of the park, has grown. Together, the four habituated families there number almost 200, and it’s these families that visitors will encounter in the spectacular forests of Kahuzi-Biéga.

Another great attraction is the relative affordability. The gorilla-viewing permit in Kahuzi-Biéga is around US$400, as opposed to US$750 in Uganda and US$1500 in Rwanda.

The park is the second most important site in the Albertine Rift for both endemic species and in terms of species diversity. It protects 136 species of mammals, which includes 13 other primates such as the chimpanzee, colubus bai and Hamlyn. Other extremely rare species of the DRC’s eastern forests are also found, such as the giant forest genet, forest elephant, forest buffalo, and bongo. In 2003, the Wildlife Conservation Society established a complete list of birds in the park totaling 349 species, 42 of which are endemic.

There are two sections to the park, highland and lowland. Only the highlands are open for visits though. One of the park’s most impressive features is its diversity in vegetation. It’s one of the rare places in Sub-Saharan Africa where it’s easy to observe the flora and fauna transition from lowlands to highlands. In effect, it includes all the stages of forest vegetation from 600 metres to more than 2,600 metres, including dense rainforests, middle altitude forests and bamboo forests. Beyond2,600m, at the summit of Mounts Kahuzi and Biéga, a sub-alpine vegetation has developed featuring heather and the endemic plant Senecio kahuzicus.

What is the Pole Pole Foundation?

One of the great stories to come out of the park is the Pole Pole Foundation, or POPOF. It’s an NGO created by locals and those working in and around the Kahuzi-Biéga National Park. “Pole pole” is Kiswahili for “slowly”. They strive for long-term changes to conserve the ecological gem that is the Kahuzi-Biéga National Park, and to better the livelihoods of the communities who live on its boundary.

POPOF was founded by John Kahekwa, whose aunt was the wife of Adrien Deschryver, the co-founder and first warden of Kahuzi-Biéga. In 1983, after secondary school, he was employed by the park as a tracker and started to follow two groups of gorillas every day, identifying them by recording the unique nose print of each animal.

In 1986, a tourist gave him a US$10 tip after a gorilla visit. John immediately went to Bukavu town and bought 10 plain T-shirts. He printed gorilla faces on the fronts and the words “I tracked gorillas in Zaire”, and sold them to tourists. In 1987, this T-shirt business increased when part of the famous film, Gorillas in the Mist, was filmed in the park with John as an advisor. He played a small part in the film, too. The money he saved from the T-shirt business was the starting fund for the establishment of the Pole Pole Foundation in 1992.

There’s a Congolese saying, “Empty stomachs have no ears”, which, according to POPOF, perfectly expresses the need to take a holistic approach to conservation in the area. In order to stop people entering the park for illegal activities, the Pole Pole Foundation has pursued the following projects:
• Kindergarten, primary and secondary schools were established in 1999 where conservation and environmental awareness could be taught from a young age.
• A huge tree-planting project is underway, creating a buffer zone between the park and the local communities, saving pristine rainforest from being cut, and providing sustainable resources for local use. The growing of fruit trees for locals is also included.
• Training pygmy women, who were once poachers, to use sewing machines and become seamstresses.
• A project to grow spirulina is underway. It’s a highly nutritious algae that is used as a food supplement and is proving particularly useful in the treatment of malnutrition in children.
• The Mushroom Growing Cooperative provides nutritious produce and surplus to sell for income.
• Community tourism gives local people the opportunity to go into the park and visit the gorillas for themselves. This project helps local communities to feel involved and invested in the protection of these beautiful animals.

Kahuzi-Biéga National Park is located near the town of Bukavu in the eastern Democratic Republic of the Congo. A decent road runs from Bukavu into the park, but you’ll first need to get permission to enter. This is done by requesting a letter of invitation from Kahuzi-Biéga National Park. For assistance with this, as well as creating an itinerary that includes other major sights in the area (such as the parks in Rwanda), enquire here.