Many travellers venture along South Africa’s Swartberg Pass to brave its hairpin bends, and take in expansive views and mesmerising rock formations. It’s a 27km-long scenic route and UNESCO World Heritage Site that connects the Little and Great Karoos, two semi-desert regions whose gateway towns include Oudtshoorn in the south and Prince Albert to the north. 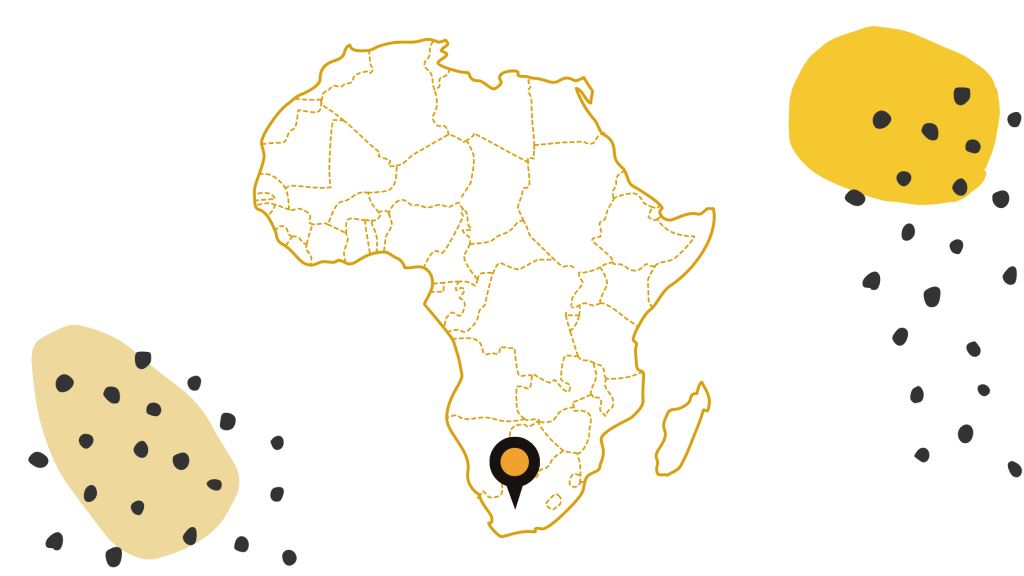 The Swartberg Mountains’ dirt road and sheer drops make for a thrilling excursion, and takes about an hour to complete, making it a popular day trip.

Like many mountain passes, there aren’t many offshoot routes. In fact, on the Swartberg Pass, there’s just one – and it leads straight to a fertile valley that housed a community hidden from the outside world for almost 150 years.

To hell and back

Today, many visitors assume Gamkaskloof’s more popular moniker, Die Hel, is a result of its treacherous road conditions and secluded location, but a more likely origin comes from the Afrikaans word ‘helling’, translating to ‘slope’. The fertile valley’s official name is a hybrid of two South African languages – ‘gamka’ from the Khoisan word for ‘lion’, and ‘kloof’ from the Afrikaans word for valley.

The road to Die Hel and back is only 90km or so in total. That said, it’s a narrow and bumpy journey that often takes around two hours to complete one way, and the final stretch drops steeply and quickly for nearly 580 metres before reaching the settlement on the valley floor. For many, this is part of the appeal, with 4X4 enthusiasts, off-roaders, cyclists and even runners intrigued by this harsh landscape’s arid nature and forgotten allure.

So who lived in Die Hel? The valley was first settled by trek boers in the early 19th century, with the Swanepoel, Marais, Cordier, Joubert, Nel, and Mostert clans recognised as the most prominent residents. They called themselves Klowers, and at its height, the community was home to 160 people, sharing the valley with the resident buck, baboon and leopard populations.

The geography of Gamkaskloof meant that the Klowers were isolated for long periods of time. When they did need to make their way to the nearest town, Prince Albert, they did so on foot, with donkeys or wagons, or by trailing along the Gamka River. While the first phone in South Africa arrived in 1878, it took almost a century before one arrived in Gamkaskloof.

As a result, the community was completely self-sufficient, growing grains, tea, tobacco and fruit, distilling their own witblits, brewing beer made from wild honey, and living the same life as their fathers did and their fathers before them.

In the early 1960s, local authorities dammed the Gamka River, essentially cutting off the Klowers’ permanent water supply. This compelled the South African government to build an official road into Die Hel, giving its residents easier access to nearby towns and facilities. But, the construction of the road into Gamkaskloof spelled the end of a way of life for its residents.

Children started heading into nearby towns for high school, thereafter choosing not to return, and by 1991 all the original homesteads, with the exception of one, were sold to Cape Nature.

In 1997, Gamkaskloof was declared a national monument and incorporated into the surrounding Swartberg Nature Reserve. The original homesteads were painstakingly restored by Cape Nature and now welcome visitors looking to escape the traps of modern life and return to a simpler existence.

The rich history of Die Hel is preserved in the settlement’s small museum, and through the legacy of one Klower who chose to return. Annetjie Mostert’s farm, Fonteinplaas, is home to the only restaurant in the valley and accommodates curious travellers in two historic farmhouses and a sprawling campsite. Boplass Guest Cottages also offer accommodation options at the most western end of the ravine.

Things to know before you go

Do you want to visit Die Hel for yourself? Let’s get planning!